A little more about the humans

A little more about the humans

Laurie and Joe Zalewski are the humans behind Laurie & Joe’s Labs. Laurie is a retired RN whose mission, purpose, and passion is now in changing her puppy buyers’ lives for the better by providing them with a healthy, well socialized puppy. Laurie still utilizes her nursing skills delivering and caring for the puppies during their neonatal period. Joe still occasionally works in the pharmaceutical QA field doing consulting but can mostly be seen at Laurie & Joe’s Labs assisting with puppy deliveries, cleaning the nursery, and washing many loads of laundry.

In their spare time, Laurie and Joe trains their dogs in competitive obedience. Laurie keeps up with the latest research in the best practices for breeding dogs and raising puppies. In October 2019, Laurie attended well known author Myra Savant Harris’ breeding and whelping seminar in Pittsburgh, PA. In November 2019, Laurie traveled to Nevada to visit 4E Kennels and mentor under Jeanette Forrey (who has been featured twice on Good Morning America) to learn the best current practices for developing puppy curriculum and puppy evaluations.

Laurie is also active in the local dog world. She is a member of the Merrimack Valley Dog Club and enjoys volunteering as a steward at AKC events. In addition, Laurie is a member of The Labrador Retriever Club of Greater Boston. 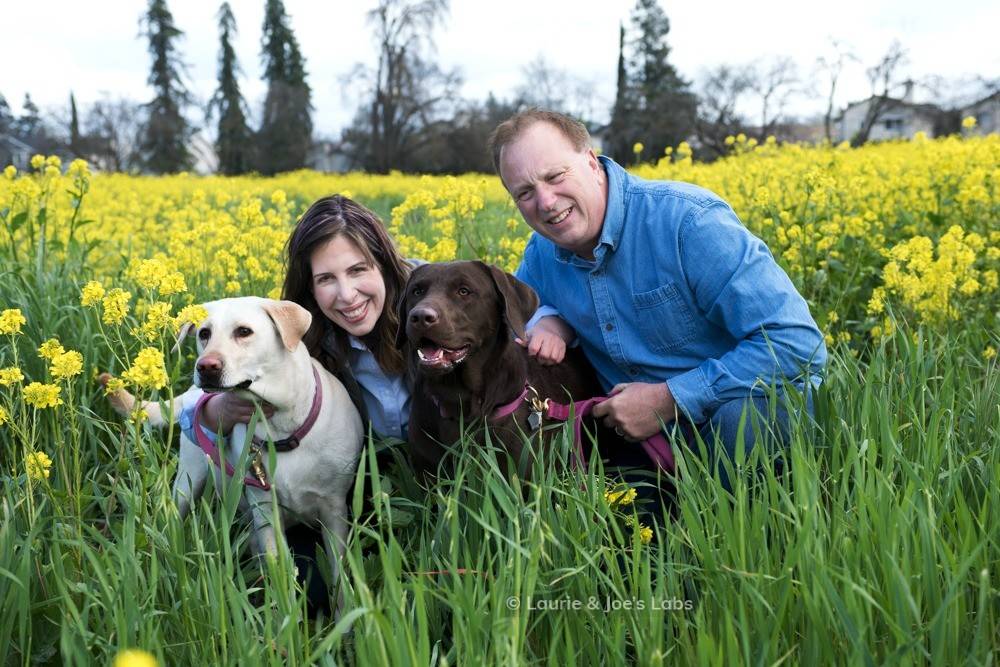